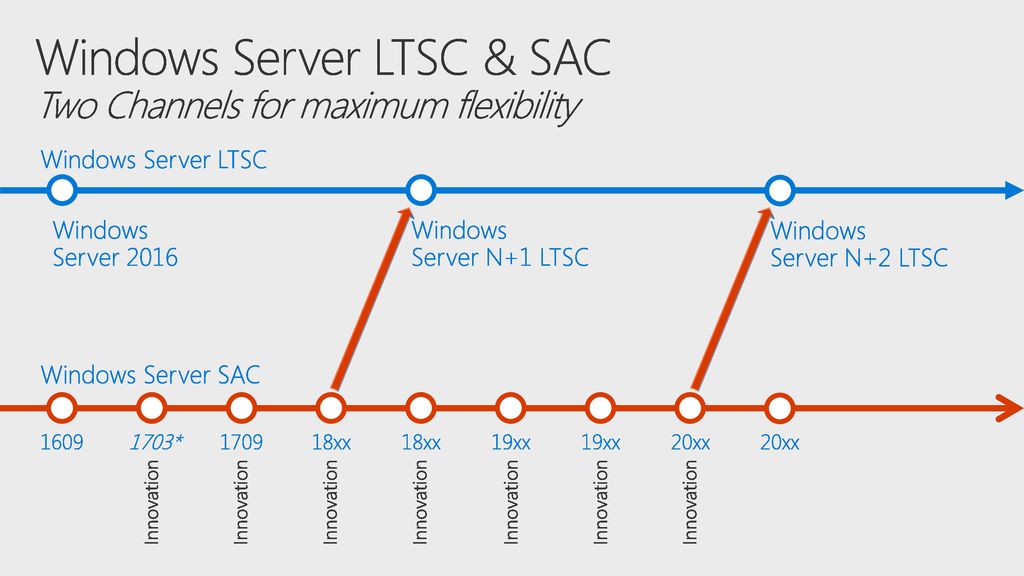 Microsoft has been building client operating systems since 1985, when Windows 1.01 was introduced. The first server, however, did not arrive until 1993, with the advent of New Technology (NT). Since then, 14 different versions have been created (the most recent version accessible at the time of writing is Windows Server 2022).

Windows Servers are used for enterprise-level management, data storage, applications, and communications. Administrators may utilize this category of operating systems to implement and enforce policies while also strengthening their network’s security architecture.

In this article, we will look at the many Windows Server versions, the distinct features they each provided, and the order in which they were released.

If you’re unsure about this or the Server editions, check the link to find out more.

The image below displays the initial edition of Windows Server. You may then continue reading to find out how they vary.

The table below briefly describes the important aspects of each of the Windows Server versions along with some other useful information.

Since the first release of the operating system by Microsoft in 1993, the table above covers all of the major changes as well as the release details for each Windows Server version.

Let us now go into the intricacies of each edition. Another thing to remember is that unique versions of each version were not available until Windows Server 2000 in 2000. Servers were formerly only available in a single basic edition.

Windows NT Server 3.1 was Microsoft’s first server. This was a 32-bit operating system that was released in 1993. This was available in two varieties: one for Terminals and one for Servers.

Servers evolved into the Server family, which is still in use today.

Microsoft then moved on to version 3.5. Because most networks utilized Unix or Novell servers, Windows NT Server 3.5 allowed for seamless data transfer across these platforms.

Because NT Servers were still relatively new on the market, this was an important factor in determining their long-term survival.

This Server version, released in 1996, offers a user interface similar to Windows 94. The Internet Information Server (IIS) was included, which competed directly with the Apache HTTP Server.

Microsoft also designed the Transaction Server and the Message Queue Server to improve the OS. Finally, Microsoft improved access to non-Windows systems by creating a bridge between 16-bit DOS applications and the 32-bit Desktop environment.

Microsoft abandoned the “NT” version naming system in favor of a year-based release identifier in the year 2000. For example, in the year 2000, “Windows Server 2000” was released.

Windows Server 2000 was a watershed moment for Microsoft since many of its features are being utilized by later versions of the Server today.

Windows Server 2000 included support for XML, the creation of Active Server Pages (ASP), and the use of Active Directory for user authentication. It also introduced the concept of customized editions, which included Microsoft’s standard Windows Server, Advanced Server, and Datacenter Server.

The most notable change in Server 2003 was the reduction in the number of system reboots necessary after an event. Microsoft also updated the operating system’s security features, and the.NET environment was integrated with the Windows Server operating system for the first time.

It was also the first time a Server could designate server roles, enabling the operating system to be tailored to certain tasks such as a DNS server.

Windows Server 2003 Revision 2 was used (R2). Customers with valid Server 2003 licenses were allowed to quickly upgrade to Server 2003 R2 at no additional cost.

This version focuses largely on increasing the security of the operating system and network. It introduced Active Directory Federation Services for user authentication (ADFS). The purpose of this AD change was to incorporate external services in the network’s “single sign-on” authorisation.

Another improvement in this version was the Active Directory Application Mode, which boosted security by creating a “arm’s length” connection with third-party applications – it did not trust them.

Administrators might also use the Security Configuration Wizard to install and apply Group Policies on additional users and devices.

Windows Server 2008 was the first server operating system to contain a Hyper-V virtualization technology, which allows users to run Virtual Machines (VMs) and install operating systems. Furthermore, the integration of the Event Viewer and the Server Manager made it simpler for administrators to debug any difficulties and manage their Servers.

Not only that, but Microsoft went a step further and released the Core edition of Windows Server 2008, which was a command-line-based operating system with a bare-bones User Interface (UI).

This was the first server to employ a 64-bit architecture. Windows Server 2008 R2 considerably enhanced Active Directory Group Policy implementation with the inclusion of additional rules. It also included Remote Desktop Services for the first time on a server OS.

Windows Server 2012 now has improved options for off-site server integration. Microsoft implemented this mostly to connect it to cloud servers and services. With this OS, they also improved the storage system, which was made possible by Hyper-V.

This Server 2012 update improved the cloud integration even further. It also featured Windows PowerShell upgrades. Virtualization and storage technologies were also improved, as were Web services.

The Nano Server, a tiny, lightweight server architecture designed to restrict the attack surface, made its debut in Server 2012. To safeguard the VMs, Hyper-V also provided an encryption technique.

Another watershed point for Microsoft was container support.

However, Microsoft halted R2 Server versions at this time since they had migrated to the Long-Term Servicing Channel (LTSC).

Server 2016 additionally included the Network Controller. Administrators could now manage both physical and virtual network devices from a single interface. This feature, however, is only available in the Datacenter edition.

For the first time, Windows Admin Center, originally known as Project Honolulu, was published. It is an integrated all-in-one interface for administering your Active Directory. This one panel is also capable of managing integrated servers, PCs, and users, as well as services and server duties.

It also has Hyperconverged Infrastructure (HCI) capabilities, which are software that combines all of the basic data center components, such as computing, storage, networking, and management, into a single application. This facility attempts to execute all of the functions of a small data center without incurring additional hardware costs.

The most current version of Server at the time of writing is Windows Server 2022.

Azure Arc, for example, is used inside Microsoft Azure to manage and operate on-premises servers. It also supports hotpatching, which is the technique of installing updates without rebooting the target PC.

Networking developments have also been facilitated by the inclusion of software-defined networking features. For safer connections, SMB over QUIC capabilities is available. It is designed to replace VPNs and use the UDP and TLS 1.3 protocols for a faster and more secure connection.

History Of The Windows Logo

Windows Server has come a long way since its debut in 1993. This has improved the user interface as well as many other management functional upgrades. Such improvements are the reason why Microsoft releases new versions every few years – so that businesses can take advantage of the new capabilities.

Each of these versions was subsequently subjected to several revisions known as editions. By clicking on the link, you may learn more about the different versions and how they differ. But it doesn’t end there.

The Datacenter and Standard editions come in two flavors: Core and Desktop Experience.